The former St Mary’s Church of Ireland, reborn as a pub 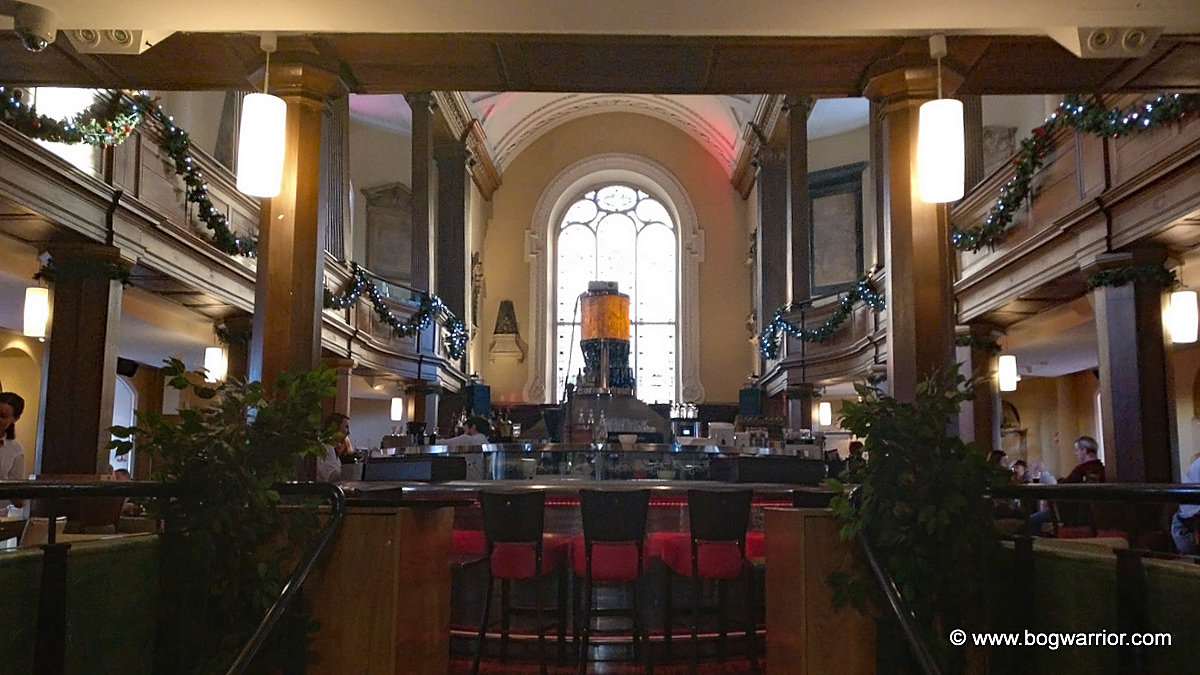 No, it’s not the song by Hozier but an interesting former church in the centre of Dublin. St. Mary’s Church of Ireland was built in the early 18th century to serve the local Anglican community.  During its lifetime as a working church, it certainly clocked up some history. Arthur Guinness (founder of a certain well-known brewery) married here. Jonathan Swift (Gulliver’s Travels) attended services in the church. John Wesley, founder of the Methodist church preached in it. In the run-up to the première of The Messiah, Handel practised on the church organ in there. Other people connected with the church, perhaps less known outside of Ireland were playwright Sean O’Casey, revolutionary Theobald Wolfe Tone and the judge who condemned Robert Emmett to death.

Despite its history and its urban location, the same fate befell St. Mary’s as it that of many rural Anglican churches. Falling attendances at service. The church finally closed in the 1960s and lay derelict for three decades. I think I may have been in it in the early 1990s when it was a shop selling bags. Eventually, it was renovated, at great expense, and converted into a bar and restaurant.

The first time I stood in the building was for a birthday party and I remember there being a small nightclub in the vaults! Anyway, while you wait for your food and drink to arrive there’s plenty to look at. It is worth a visit, just to see what a disused old church can be re-purposed as. The 19th century Ordnance Survey 25″ map notes that the graveyard outside is disused. The graveyard has since vanished and the leftover headstones left against a nearby wall.

The toilets are located in the basement of the building and a trip to them is a convenient way to see a bit more of this interesting place. Hopefully, my hastily taken mobile phone snaps will give some idea of what the place is like.