The monastery at Kinneigh was founded in the 6th century by the wonderfully named St. Mocholmóg. Little is known about the monastery or its founder. All that remains is the unusual round tower which stands on a rocky outcrop to the rear of a cemetery.

The lower 6 metres of the tower are hexagonal in shape. This section houses the basement and entry floors. The skill with which the tower transitions from being hexagonal to round suggests that this was the work of a particularly talented master mason. The work bears some resemblance to cathedral towers in Europe, suggesting that this could have been built around the 12th century. The tower itself is built from slate, a material local to the area. The base of the tower cracked quite severely in the past, possibly because of its hexagonal shape. It would appear that the classic cylindrical shape is the best design for these structures.

These days there is no access into the tower. Brian Lalor, whose book on round towers is well worth a read, climbed the tower in the 1980s. He has some useful observations about it, starting with a reference to the rickety metal internal ladders. At least one of these ladders is now gone, saving or denying visitors a hair-raising climb to the top. It’s up to you which description you prefer…

The entrance floor is thought to be original and made from large slate slabs. It has a rectangular hole in its centre, which gives access to the basement. The upper floors in the tower are made from rough poured concrete. It is unknown when the tower had a cap on it.

Just to the west of the tower is St. Bartholomew’s Church of Ireland. It was built around 1857. During this time, the tower was again put to use as a belfry. This might explain the concrete upper floors. The top 1.5m of the tower may be work done to help fit the bell. According to the Irish Round Towers website, the bell was removed and is now on display in the museum at Charles Fort, Kinsale.

There isn’t a lot else to see here. St Bartholomew’s church is still in use but closed up most of the time. Inside the grave yard is a slab commemorating the people buried there during the Great Famine of the 1840s, plus victims of a different sort. As to whether it’s worth visiting especially, the jury is out. The tower is an interesting curio but there isn’t much else to see here.

Kinneigh is out in the countryside so be prepared for some nice, winding country roads. Unless there happens to be hordes of round tower enthusiasts visiting at the same time, you shouldn’t have any trouble finding somewhere safe to park your car. 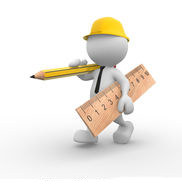